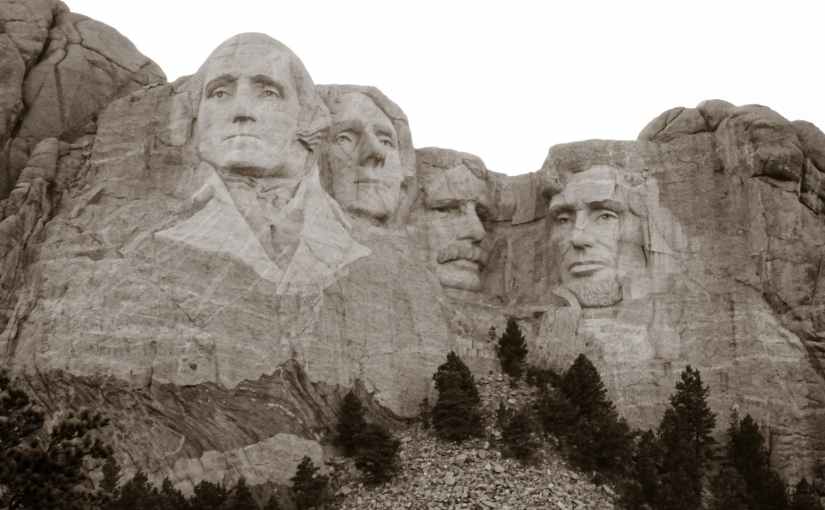 We hold these truths to be self-evident, that all men are created equal, that they are endowed by their Creator with certain unalienable Rights, that among these are Life, Liberty and the pursuit of Happiness

How can the right to life be regarded as a self-evident truth without affordable healthcare? How can it be when the major stakeholders in the healthcare journey are private compagnies seeking profit? Is the conflict of interest not obvious?

Healthcare should not be a commercial activity subject to the laws of demand and supply. It should be organized by a neutral body, the state for instance, as it should be driven not by profit but by the common good.

And we are not even addressing the interpretation of the second amendment and its dire consequences on Life as an unalienable right, consequences which we have just witnessed again. Innocent children are paying the price of this anachronism of the 18th century which still holds its ground today, in spite of logic, in spite of faith, in spite of the god in whom the nation puts its faith, as George’s dollar bill seems to proclaim.

Or do we only trust Him with the markets self regulation and leave the rest to guns?

How can there be liberty in darkness? How can you be free without the light of an education you can afford? If your mind is constantly being kept in the dark, the only liberty you have is to fall for the gaslighting of big corporations and crooked politicians.

A fall, that’s exactly what it is.

You are free to choose exactly what other have already decided you should choose. And your choices will alienate your unalienable right to pursue happiness.

The pursuit of Happiness. Not yours, someone else’s.

In the dark, you will vote against Medicaid even if you cannot afford your medication, the dentist, or your cancer treatment.

You will vote for guns to protect the children whose lives will be taken away by this so-called remedy.

You will vote against unions and for the big corporations at the expense of your own rights to reasonable work hours, fair compensation and fair treatment.

You will believe that markets auto-regulate themselves, for the good of free entreprise, which, granted, is probably not an entirely false assumption, except markets do not “regulate” themselves as much as they “correct” themselves when a speculation-bred bubble bursts. That’s a much steeper process which leaves most people dying on the side of the road.

You will truly believe you are happy, living the American Dream one paycheck at a time, barely making ends meet, loosing your teeth and dragging your untreated and undiagnosed diabetes from your current hassle to the next one.

Enough with the socialism scarecrow

There si nothing inherently socialist in affordable healthcare, affordable high quality education and gun control. These do not undermine free entreprise and free markets. They do not hinder any rights.

Without them, the unalienable rights enumerated in the declaration of independence and supposedly upheld by the constitution will fall.

And this, my friends, should be self-evident.

Joyeuses fêtes à tous and let the board sound 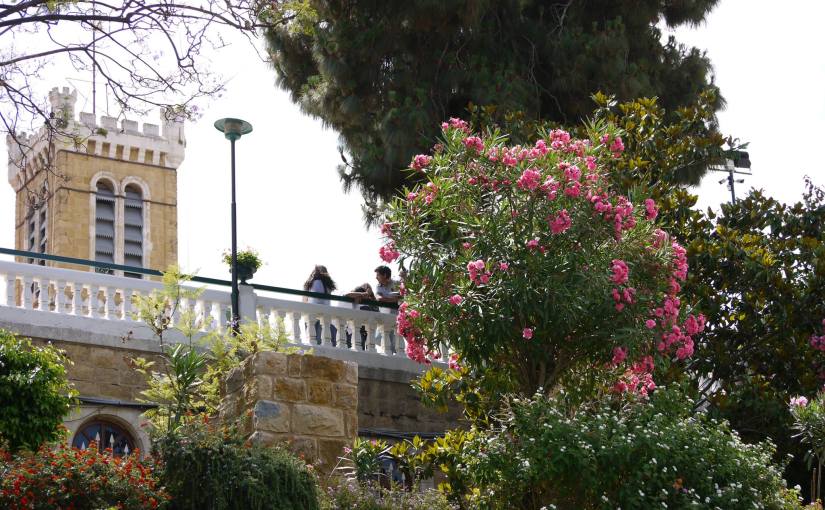 I wrote a couple of posts on Lebanon recently, back to back, and it drained me out. I’ve never been good at managing sorrow or anger. So I thought I would write about something else for a change. And then I saw this long-forgotten picture on social media…

It was taken 27 years ago. A class of 12-year-old kids. People with whom I would be graduating some years later. It had been forgotten in the digital meanders of the Internet for the past 12 years. And you know what, I am going to write about it. Because I miss these days. Because I miss these people. Because they have all succeeded in their careers and most now have lovely families and beautiful kids, and because very few remain in Lebanon. Our new home countries are called France, Belgium, the United States, the United Kingdom, Canada, Nigeria or Dubai.

Those were the days of innocence; we were a thousand miles away from realizing what would be hitting us later. We were in a window where the civil war was behind and the future ahead, and boy what a bright future it could have been in the eyes of 12-year-old kids who were just out of childhood. Alas, time flew and with it our childhood dreams, trampled by Corruption and the Corrupt.

I want to write about this lost time where despite the challenges we faced in becoming who we are, we could still think that “everything will be fine” eventually.

But first and foremost, I want to write these few lines to fulfill a promise I made yesterday to a friend in this picture. A friend I had lost from sight more than a decade ago. A guy true to himself and to his origins, “droit dans ses bottes” as we would say around here.

So here’s to you my childhood friends,

to those who do not, those I might have missed and the merry fellows who would join us later, over the years,

to our friends in other classes but on the same boat,

to those who taught us, to Marianne, in the picture as well, to Marie-Louise and Samir who reacted to the picture much to my delight, to Jean-Sebastien, may he rest in peace, and to many more, to you we owe a part of who we are today, thank you.

And to Chadi. Buddy, I promised I would post something for you to read when you are on call in the cold Belgian fall, unless you catch Wi-Fi where you are right now…

PS: I will not post the picture here due to obvious image rights. The school landmark should be good enough, right?

PPS: How about a reunion in the coming months? It’s been at least ten or twelve years since the last one…

According to a study done in 2014, the University of Pennsylvania produced more billionaires than any other university in the world.  Numbers 2, 3 and 5 on the list were Ivy League institutions as well.

Across the ocean, the Grandes Ecoles in France are the pinnacle of higher education. Presidents Sadi Carnot and Albert Lebrun attended the Ecole Polytechnique, arguably the top engineering Grande Ecole in France. Other presidents like François Hollande or Jacques Chirac attended  the Ecole Nationale d’Administration or ENA, one of the most selective and prestigious school, the Route 66 to high (actually very high) positions in the public sector.  President Valery Giscard d’Estaing attended both.

Getting into any of these venerable institutions is like reaching a straight 15 lane highway leading to success it would seem, and the statistics vouch for this statement. It is true that Ivy League or Grandes Ecoles alumni, to take the United States and France as examples, are disproportionately represented in fortune 500 or CAC 40 CEOs, Supreme Court judges, governors, Nobel price laureates, presidents and billionaires. Students at these institutions will have already found a dream job before graduating, on which they will pass, to aim for higher and get there thanks to the powers conferred to them by the word Yale. Or ENA if you are reading from France. Or Bocconi for our Italian friends.

We must however not forget that admission rates into these temples of knowledge are so narrow that only the most prepared, the most clever, the most versatile people will make it through the cut. The tuition fees at many of these institutions are through the roof, which tips the statistics in favor of the rich at universities like Harvard. Rich and clever. Are these not already markers of success in the world we live in?

Besides, the practice of legacy preference at many of these schools favors the offspring of alumni, and if your daddy’s rich and your ma is good looking, then it is summertime all year long and the living is as easy as it gets.

So where do we stand… If you are very clever, very rich and well prepared, and your parents have preceded you on the path you plan to walk, then… will the education you get at Harvard, as excellent as it is, get you significantly closer to being a CEO or a billionaire? Or is it rather the network of alumni who look and dress and talk like you and the titles these institutions confer to you?

I do not have answers and God knows if anyone has, but I can sure make a case for less elitism: the Ivy League is not the only league. If God or Fate or the Cosmic Dice bestowed gifts upon our youth, intelligence be it or wealth, then why on earth would we want those gifts sealed behind a gate with a Yale lock? And why would we keep otherwise gifted people locked outside?

Why a Lock at all?

But also, why the rant could you ask? I don’t mind, I can hear that too…

I am not an economist by any stretch of the word. And for a long time, I had no clue about basic economic subjects, everyday stuff really. Like where do banks get the money to remunerate my saving account. Or what is backing up the currency I use everyday, what is it that gives it value. Gold in a vault somewhere at the central bank would it seem. Or would it? I actually had no clue that I had no clue, things were working the way they were and there was no need to ask questions. Until I started asking myself questions. And I found out that understanding these concepts is important. I should have been taught that at school, very early on. Would you not agree?

You know how a car works, so why would you not know how a bank works?