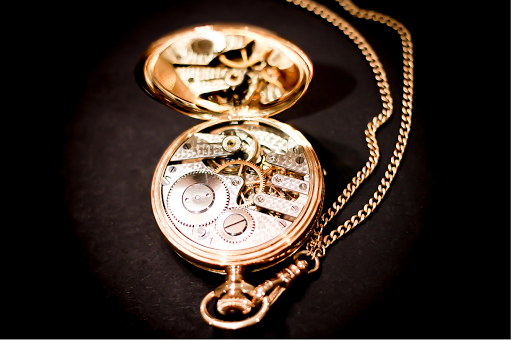 Or why is perfection twofold.

The mechanical watch industry was thriving in Switzerland in the first half of the 20th century. Watchmakers would put time and effort in producing timepieces of the utmost precision, called  chronometers, leveraging on more than 200 years of trial and error, dating back to the first tentative at building marine chronometers, or timekeeping devices accurate enough at sea to allow position determination by celestial navigation. These would not gain or loose more than a few seconds a day and were certified by astronomical observatories since the time standard at the time was based on the rotation of earth relative to distant celestial objects and remained so until relatively late in the previous century.

Clocks kept ticking just fine in Switzerland until the advent of quartz devices in the 50s and 60s which were much cheaper to produce and which precision was an order of magnitude above the performance of mechanical watches, as they gained or lost less than a few second per year on the universal time. Quartz watches became the staple timekeeping device and have remained so ever since.

And still, atomic clocks are arguably on the verge of obsolescence since the advent of optical lattice clocks in later years, which are not expected to gain or loose more than a second during a timeframe longer that the age of the universe. Some 15 billion years. And the race to accuracy is still on.

This is as close as it gets to perfection by any standard.

So. The human race having reached perfection in timekeeping, where do mechanical timepieces stand now? They are faring quite well as a matter of fact. A basic Rolex model, the staple of mechanical timepieces, has a price tag in the thousands of dollars. Most mechanical watches with a tourbillon based homemade movement and funky complications like a perpetual calendar can cost ten times that and the famous mechanical watches endorsed by a no less famous tennis player probably cost more than an optical lattice clock. And they got stolen from him a few years ago. Twice.

So how come mechanical timepieces are still around when the quartz singularity should have been enough by itself to obliterate them and the whole industry behind? It is definitely not because they keep track of time. Next generations of timekeeping devices do that much better, and that is an understatement. There are definitely good marketing strategies behind this success and granted, the prices are out of proportion and quite indecent one could argue. But the main reason in my opinion is that such timepieces have become art. A display of human craftsmanship is search of perfection. A different kind of perfection. More human perhaps. A perfection that speak to the inner child. A perfection which tickles our imagination.

When everything can be made cheaper, faster, lighter or stronger with automation and technology, low-tech items made mostly by hand will be even more sough after. Musical instruments. Hand knotted rugs. Mechanical timepieces. Because they have something no technology can provide yet: they retain parts of the human soul who pulled them out of nothingness.