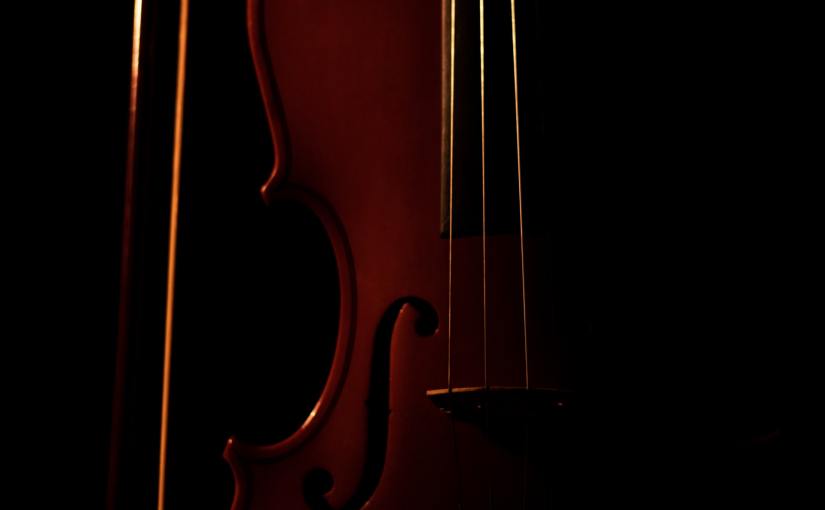 Or why not actually. All it takes is the right hook.

A fellow author recently sent me an article about a musical experiment which took place in 2007, where a world-renowned violin virtuoso would pose as an ordinary busker in a metro station, playing well known classical pieces from Bach or Schubert on his 300 year-old 14 million dollar Stradivarius violin, hoping to get recognized, or at least get some attention from the crowds. Out of the 1097 people passing by during the 40 minutes this experiment lasted, 27 put money in his violin case, 7 took the time to listen to what he was playing for more than a few seconds and only one person recognized him.

How unfortunate might you think, but think again before you forsake your humanist ideals and embrace the claim that mediocrity is humanity’s common denominator. Why would have people stopped in the first place? Chances are they had already been through the ordeal of mediocre shows in their favorite metro station and they would not have stopped for what they though was one more, because that’s what it was supposed to look like on first sight, regardless of what it actually was. Or perhaps they were in a hurry, as most commuters are.

And what if classical music on its own is not enough to hook people? It is after all quite elaborate and can take inattentive people off guard. What if it needed something extra, like a hook? A twist to get their attention and slowly bring them to the inner circle? You see Bach’s music is classified as Baroque, a savant and sophisticated form of quite organized music, which could seem a bit rigid to the untrained ear, and boy are our ears untrained. Besides, your ears might recognize a classical piece of music they’ve heard before but still, you would struggle to put a name on it since most have cryptic names. Some of them, the happy few, end up being known by a moniker, like Beethoven’s Moonlight Sonata or Chopin’s Waterfall Etude or his Grande Valse Brillante, but most keep their original name, which sounds like Etude in C sharp major op 5 N° 12 for instance. A mouthful. A turnoff.

I bet however that a Paganini piece would have gathered more people around it, maybe not so much for the music itself but more for the show around it. Here you are, that’s your hook. You see, in his time Paganini was a violin virtuoso, as much a great showman as an astounding musician, whose strategy was to demonstrate his musical abilities through the most technically demanding compositions, awing his audience by speed, dexterity and showmanship even more than by music itself, which removes nothing of the intrinsic beauty of his compositions by the way, quite the contrary actually. Check Paganini’s Caprice N°5 being performed on stage, you will see what I am talking about.

Rock stars have always had a magnetizing effect on the crowds and Paganini was the Rock star of his era. Talking of rock stars, many centuries later, Yngwie Malmsteen would take Paganini’s style to the electric guitar through what some would later call neo classical metal, and carve a name for himself following the footsteps of the virtuoso violin master.

I credit him for putting a guitar on my lap 25 years ago. I also credit him for hooking me to classical music in a way. Him, and my dad. And a couple of years spent in Abu Dhabi, but that’s another story.

Now close your eyes. And listen…

His right hand was set in ample motion. Left to right, right to left, and again, left to right, from the lowest octaves to the higher pitched notes, in a magnetizing movement.

His fingers were flying over the white and black keys in an intricate and delicate ballet. Notes were flowing in waterfall, at the speed of light.

The performance seemed to require godlike pianistic abilities to the eyes of a romantic era piano enthusiast whose inner metronome was already lost between the third and fourth measure.

A significant part of the beauty however was conveyed by the left hand. It barely moved and would play quite simple chords, nothing too fancy or difficult. The chord progression however, the choices the composer made of when to play them and in which order just made perfect sense.

You could hear subtle melodies within the complexities of this Etude. Orange, chocolate, berries. Like a palette of emotions which would shift from joy to melancholy, from astonishment to fulfilment, with every wave of the right hand, with every chord fading away.

Beautifully stunning can be very personal of course. Many might not see the same beauty, some might not see beauty at all in Chopin’s Etude Op 10 No 1 in C major. The world is made of different tastes and colors after all.

In any case, your ears deserve to know.

Check it out and let the board sound.