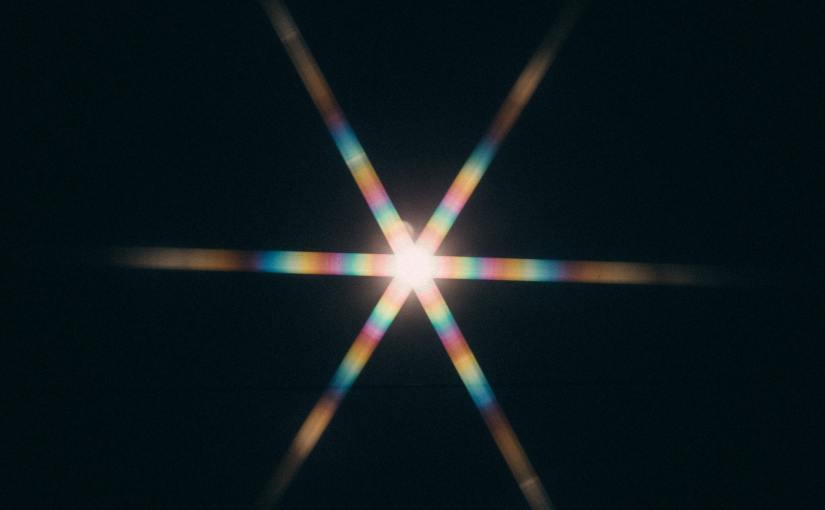 “Let there be light”

“Let there be light.” According to Genesis 1:3, this is how it all started. If we keep pulling on the metaphorical thread though, we might realize there is more to it.

It is by these words that the universe was stamped with a seal over which no trespassing is possible. This seal is the speed of light. It bears a name, c, and its value is known, 299 792 458 meters per second. A universal speed limit imposed on everything, or more precisely on anything which has mass, energy or which can hold information, so pretty much everything of interest. Nothing can go faster, not even light itself.

We only came to know about this seal in the beginning of the 20th century, when Einstein uncovered it in his theory of relativity. He discovered that it is an absolute limit, true everywhere, anywhere, regardless of the frame of reference you are in. A perfect boundary. A mind twisting one too, or rather a time twisting one. You see the higher the speed at which you travel, the slower time passes for you. Relativity again. The effect is tiny and beyond measurable for ordinary everyday speeds. It becomes dramatic however for speeds approaching c. Even time is not absolute in the vicinity of the ultimate speed limit.

We know today that there are hard limits in our universe, like the speed of light, the absolute zero or the uncertainty principle. Unlike previous epochs where so called science was rooted in the Scriptures, which lead the sun to revolve around the earth and Galilei’s life to jeopardy, these relatively modern limits are the fruits of scientific theories which have been experimentally verified over and again. They are as real as it gets. Bottom-line: Impossible is something, impossible is certain. Impossible is universal, by design may I say.

And maybe it is a good thing. It puts us back in perspective: our lives are too short to tame the impossible, but they are long enough to chase it: that’s called fundamental research for some, endeavor for others, adventure if you will, and that is what keeps dreams alive and humanity going forward.

To Maroun and Liliane